Here Are Some Record-Breaking Experiences to Enjoy in Dubai

Dubai is a city filled with record-breaking experiences! It has the world’s most skyscrapers and to add to that feat, it’s broken all kinds of records for having the greatest, largest, tallest and grandest sights to behold. Here’s a look at the many record-breakers in Dubai that’ll blow your mind when you come and visit. 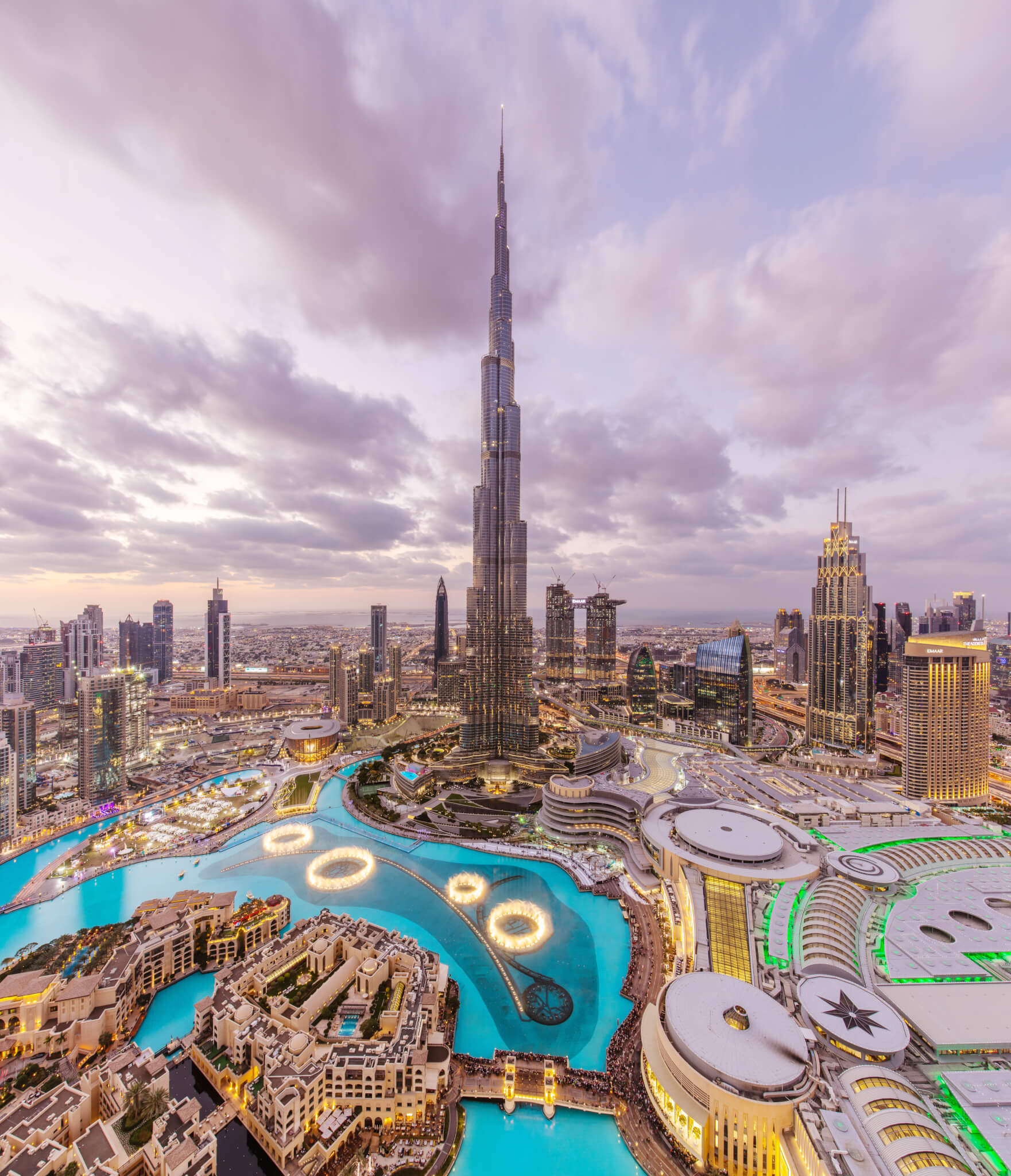 Dive in the world’s biggest pool

Deep Dive Dubai is an indoor swimming pool where you can venture 60m deep! Get kitted out in diving gear and head beneath the waters to discover the sunken city below. You can also free dive, snorkel and even dress up as a mermaid!

While the Dubai Fountain show on the Burj Khalifa Lake is a sight to behold, it got knocked down to second place as the world’s largest dancing fountain show. The record now belongs to Palm Fountains in Palm Jumeirah. The waters reach over 100m into the sky 20 times a day, lit up in an array of colourful lights and dancing in unison with fireworks in a three-minute display.

Shop at the world’s largest mall

With an abundance of retail experiences awaiting you, Dubai Mall is the world’s biggest shopping venue. It’s a gob-smacking 1,1 million sqm, with over 1,200 outlets. You can easily spend an entire day trying out the restaurants, stopping by at the boutiques, visiting the aquarium, and even ice skating.

The highly anticipated Ain Dubai is finally here! This is the world’s biggest observation wheel, getting you moving on a trip featuring 360-degree views of Dubai. Guests hop into glass cabins that take you higher than the London Eye and Las Vegas High Roller. 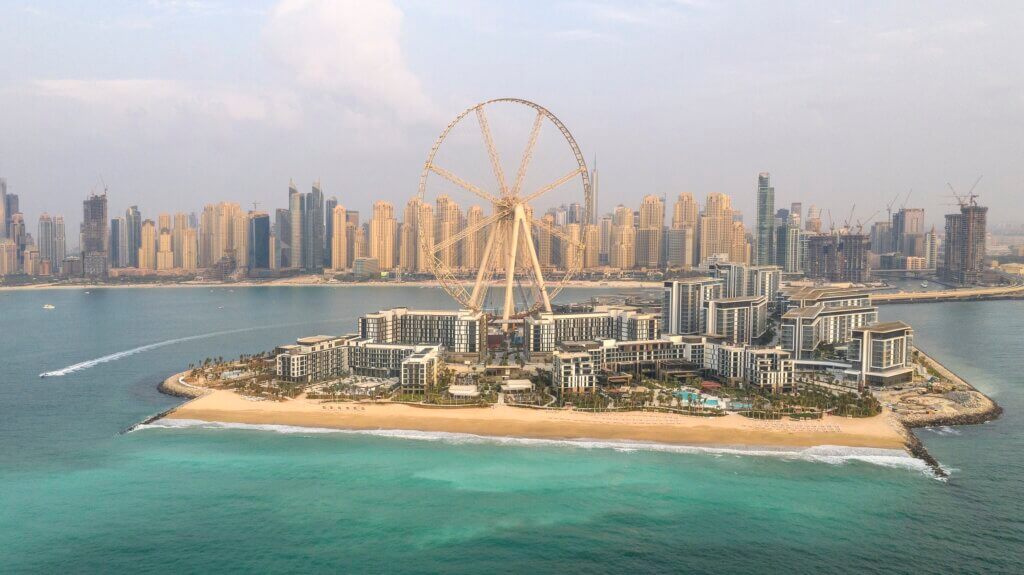 The world’s largest gold ring can be found at the Dubai Gold Souk in Deira, weighing in at a whopping 64 kgs! It is made up of 21 karats with 5kg of diamonds and 615 Swarovski crystals. The ring was created by 55 goldsmiths and is estimated to be worth around $3 million.

Zip across Dubai Marina in a 1km-long urban zip line. The trip begins at Amwaj Towers, 170m above ground, taking you on a 80km per hour journey to the Dubai Marina Mall.

The twistiest tower in the world

Cayan Tower in Dubai Marina is the feistiest building, with its 75 storeys rotating a full 90 degrees from the base to the top. It was designed to maximise views of the Palm Island and Dubai Marina. The building houses a set of apartments, though you can spot this artistic and architecturally brilliant building from the skyline.

Dubai’s Miracle Garden is on the outskirts of the city in Dubailand. It is open seasonally between November and May each year, boasting over 150,000 flowers in bloom. While it isn’t the biggest in size, it does have the tallest topiary structure (a giant Mickey Mouse covered in flowers), the largest vertical garden, and the largest floral arrangement.

Go to the top of the world’s tallest building

The Burj Khalifa reaches over 800m into the sky, towering over the city. It is the world’s largest manmade structure and tallest building, with a record-breaking 163 floors. Visitors can head up to the highest observation deck, lounge and restaurant in the world, with spectacular views of Dubai. 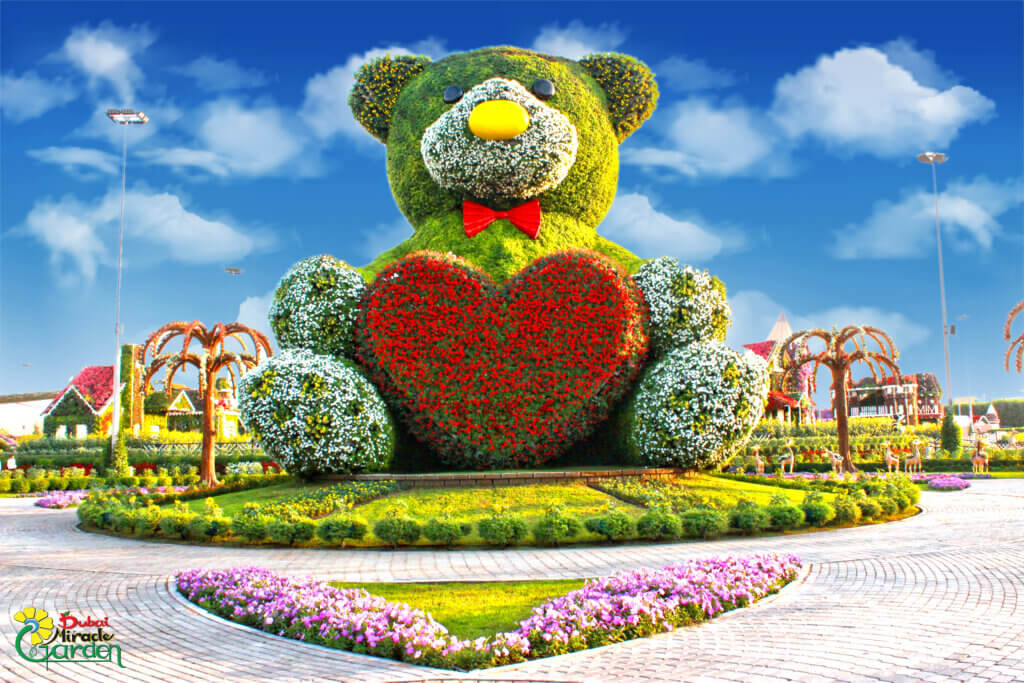 Dubai is a city filled with numerous wonders. Whether it’s the architecture, the innovation or the grandiosity of it all that inspires you, the city has plenty on offer in terms of the world’s biggest and best.

Book your trip to Dubai today. There are 9 Rove hotels situated throughout Dubai, putting you within easy reach of all of these attractions and more! With every comfort and convenience taken care of, you’ll be well-rested and reared up to go and explore.